Pandit Rajesh Tiwari was posted as civil engineer in the Indian Railways, but his special interest in astrology forced him to take voluntary retirement from the Railways. He maintains his distinctive identity as a highly educated, knowledgeable, serious thinker. Well-known for his ease, sprituality, creative power and honesty. 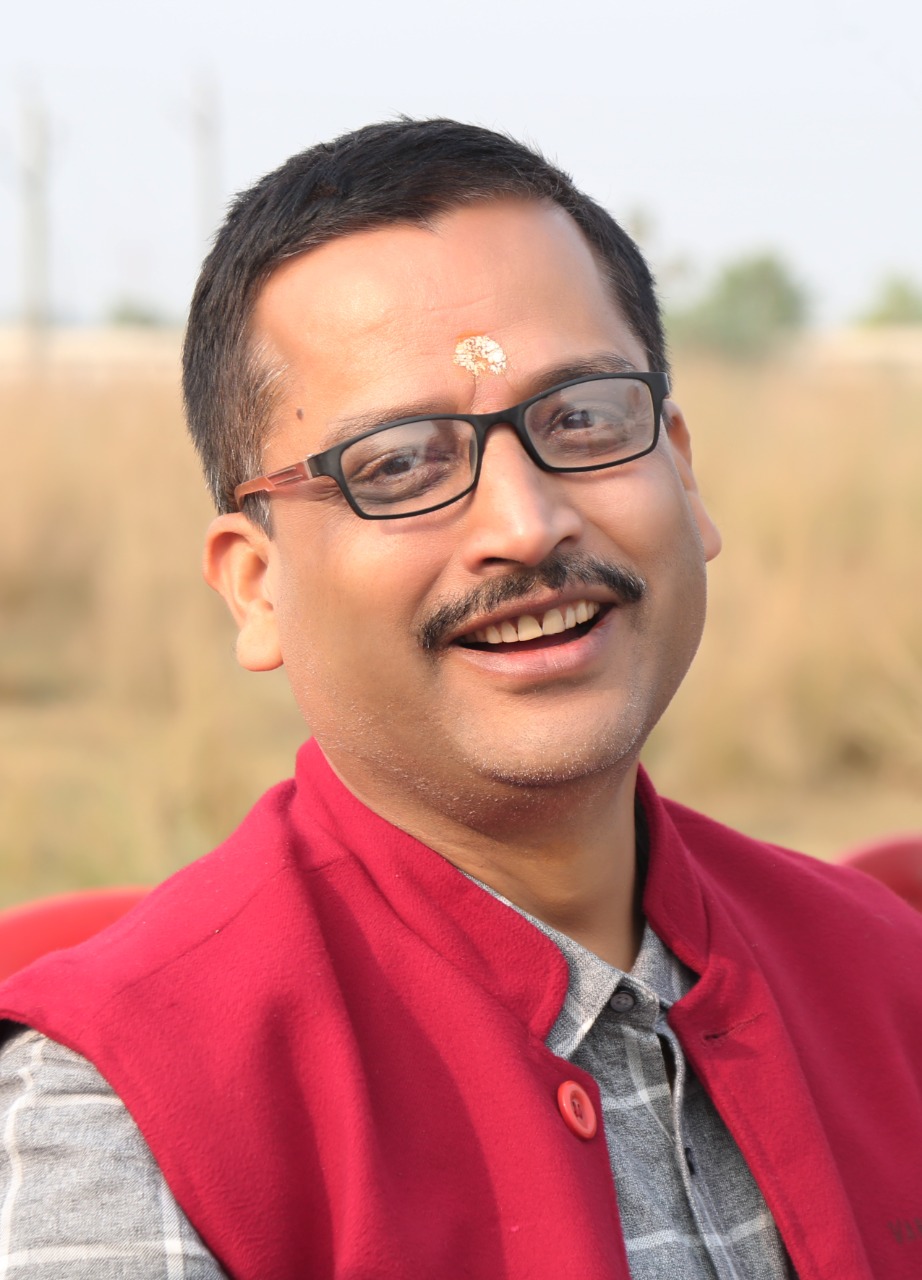 In addition to his popular column and articles related to astrology, medical astrology and astrological architecture in many reputed news papers and magazines in the country, he is invited to discuss astrological discussions on many popular channels.

Famous for his scientific exposure and clarity on calculation. He has been a pioneer of astrological health research and it gives him the most prestigious and highest place in his field. He has a special place in the field of medical astrology and is known as father of medical astrology throughout the world.

He attained fame as the first astrological scientist in the whole world, when he built a software to measure immunity, breathing and lunges strengths and dedicated it to the welfare of the whole world.

He was recognized on the national horizon when he predicted the Lok Sabha Election in April 2004 in astrological journal "Future Analysis". He predicted that Shri Atal Bihari Bajpai would be neither the Prime Minister nor the BJP would come into power.

The Congress, under the leadership of Smt. Sonia Gandhi would perform excellently and would form the government even though she herself would not be able to be the Prime Minister. At this time, he was the only astrologer in the world who made this prediction with evidence, after which a long list of successful predictions of the subjects like government, Stock Market, Weather and sports, World economy jumps became.

In U.P. Assembly, he predicted that Mahant Adityanath would become the Chief Minister of Uttar Pradesh much before the election results. This was really wonderful prediction. This proved that he is an unbeatable astrologer of the world.

In addition to the above, while making a clear prediction of the assembly of Rajasthan, Madhya Pradesh, Chhattisgarh and Jharkhand in 2019, he wrote that the Congress would form the government.

It is hoped that his researches related to heart attacks and depression will soon be accessible for all.

Pandit Rajesh Tiwari is the founder of this concepts and research. This astropathology center provides complete examination of health according to your horoscope. The prevention of running diseases and cure are also suggested.
The diseases which are prone to arise in different negative periods are clearly indicated and the remedial measures are also suggested. You may save yourself from active diseases completely and minimise the impact of inherent diseases.

It is very difficult to quote all the research done by Mr. Tiwari Ji for the welfare of the masses but some important research works are as follows:

DEPRESSION, INSOMNIA
Insomnia, Depression, Nervousness, Restlessness etc. are completely curable by "Grahiya-Shawasan Sidhant" (Planetary breath System). The research of depression has been completed and thousands of patients of depression have benefited from this research.
He uses the "Planetary-Breath System" (which has been founded by him) to cure depression patients, which is completely free.

HEART DISEASE
Everyone can know, whether he is prone to heart disease or not by his horoscope. The special researches enable to find out the certain period of heart disease with complete remedial measure to prevent. This was evolved by Shri Tiwari Ji after rigours research more than 25 years.

Immunity
By his long intensive research, Tiwari Ji developed the method of calculating the exact immunity by Horoscope in June 2020.By which not only can one's body's immunity be known, but by knowing the condition of its deficiency, possible diseases can be avoided by increasing them through necessary diet and natural remedies in time.

Panchamantra: – Through this research, Tiwari has clarified that what cares should be kept in mind before consulting astrologer. If all the people follow the stated rules, they can not only easily escape from being cheated, but can choose the knowledgeable and righteous astrologer himself.

A prolific writer, Tiwari Ji has written several books and writes for many magzines and news papers. Being a civil engineer he writes the astrological facts in very scientific and easy languages. The following books are the newly written and are available in market as well as at amazon,flipcart and jyotishbhawan too.

Mangal Dosha
Tiwariji made a surprising fact in this research, he explained that about 42 people in every 100 births are founded Mangli or Mangala, but only 5 to 6. Percent native suffered from Mangla or Mangalidosh .
In the absence of this knowledge, astrologers can not balance the Mars during matching of the horoscope of Boy and Girl for the purpose of marriage.
As a result, unbalanced Mars makes life equal to hell. He has written a book based on his research to give the right direction to the people, which is going to be published in the name of "Science of Mangal Dosh".

Feng Shui
By his research, Tiwari told that Feng Shui is just entertainment in the Indian environment, the reality is that it is merely blind to compare it with Vaastu. To save the people from this hypocrisy, he also wrote a book called "FengShui’s Jaharavad".